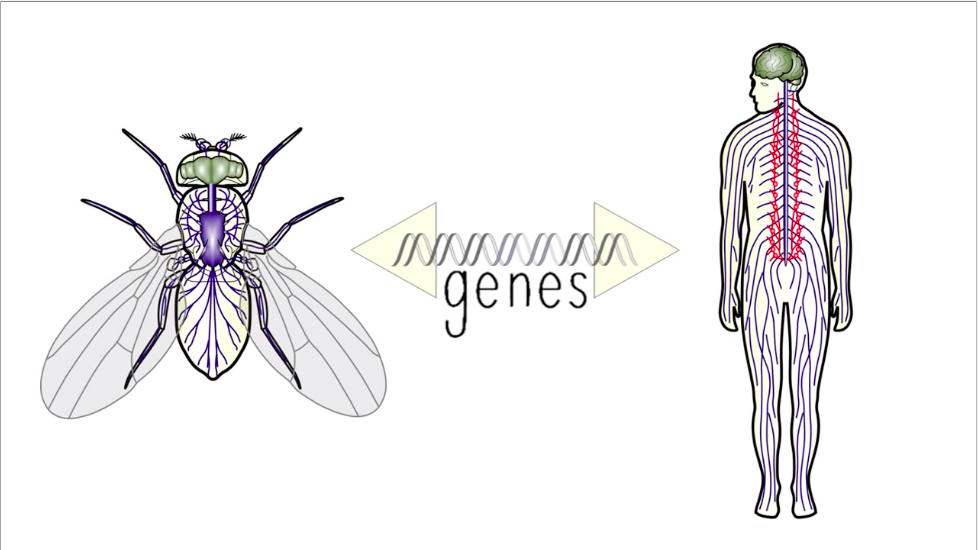 Imagine this. It’s Wednesday afternoon, and you’re sitting on the patio of Isla Vista’s Starbucks coffee shop, quietly sipping your cup of joe. Suddenly, you feel your phone buzz in your back pocket. As you answer the call, before you can even begin to utter a “Hello,” your mom bursts out exclaiming, “Honey! HUGE NEWS! Guess what? You have a new sibling!”

Sputtering out your drink, you feel your heart begin to race from the sudden shock, filled with either anxiety or excitement (or possibly both).

Your mom eagerly continues, “And she’s a fruit fly! Oh, isn’t this wonderful? You are going to LOVE her.”

A new sibling! This is…wait. Hold up. Did she just say…fruit fly?

Aren’t fruit flies those little pests that hover around and contaminate our fruit? With their tiny, pin sized heads and those buggy, large compound eyes, you two couldn’t possibly be siblings…right?

Directly-related siblings? Well no (you can breathe a sigh of relief), you aren’t blood related. But there’s more to this tiny, brilliant creature than what meets the eye. In actuality, Homo Sapiens and Drosophila Melanogaster share many common traits. Because of the vast amount of overlapping similarities, scientists have been able to apply and contribute Drosophila research to understanding human diseases, making leaps in biomedical advancements, and comprehending human behavior.

Two Peas in a Pod: The Human and Fruit Fly

Since the beginning of the 20th century, the fruit fly, or Drosophila Melanogaster, has been used as a model organism by scientists for research and genetic studies.  Flashback to your 6th grade biology course, you most likely learned about a man named Gregor Mendel, a good ol’ Austrian monk, who had a certain passion for gardening, especially when it came to pea plants. Mendel became the “father of modern genetics” by establishing the basic principles of heredity, such as the existence of dominant and recessive traits. However, Mendel’s work was just the beginning of understanding the concepts of inheritance and genetics.

Meet Thomas Hunt Morgan, the founding father of Drosophila research and American genetic studies (debatable, but let’s not go into that). Believing Mendel’s inheritance and Darwin’s natural selection claims to be utter nonsense, he began researching the fruit fly, mostly interested in its developmental mechanisms from fertilization to embryonic formation, only to discover that genes were being carried by chromosomes that were passed from one generation to the next. Supporting Mendel’s inheritance claims, Morgan radically (at the time) introduced the concept of sex-linked chromosomes, that certain characteristics were connected to the gender of the organism. Today, we now are able to identify traits as being female or male due to our little buddy, the fruit fly, and of course, Mr. Morgan and his trainees.

Now, 100 years later, Drosophila research has expanded immensely. In 2000, scientists were able to sequence its entire genome (complete genetic instructions on what’s needed to build, grow, and develop an organism). It has been established that because many human and fruit fly genes are so closely related, commonly, when a sequence for a human gene is newly discovered, it can be directly matched to its equivalent in the fruit fly. This includes human gene sequences that code for diseases; 75% of genes which cause human diseases can be found in Drosophila. Drosophila has played a leading role in in neurobiological investigations, for example, with ADHD and sleep disorders, and also biomedical research advancements, such as with developmental diseases and cancer. You being a bit of a “bugger” isn’t actually too bad. In fact, it’s very beneficial and valuable. However, these developments are only just the beginning. Despite coding Drosophila’s entire genome, scientists are still uncovering what exactly the phenotypes (outward observable characteristics) of these genes are. By revealing what these genes are specifically coding for and their impact on fly sensory physiology and behavior, we can then apply this data to humans in order to further understand why we function in a certain manner due to our genetic makeup. 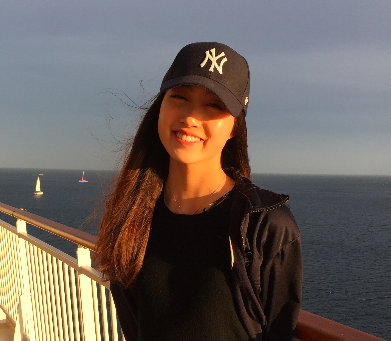 Chantal will be entering her sophomore year at UCSB as a Biochemistry and Molecular Biology major this fall of 2017. She's currently working with Dr. Dhananjay Thakur in the Montell Lab on comprehending fruit fly behavior and decision making in response to environmental changes. Through the application of fly genetics, she hopes to improve current drug and physical therapy options for medical patients.