A lab meeting is less of an audition, and more of a casual conversation

When entering the world of research for the first time, there are aspects that might seem scary at first, and interacting and working in your first lab meeting is no exception. As I share my story, hopefully it can leave you more confident to handle your meeting with poise.

During a seemingly regular Sunday noon, I had sent a nerve-wracking email to a faculty advisor that I had wished to work with at the time (and blessed to continue working with today). About an hour later, he sent a response that would send me bursting out of my chair, while numbing my body at the same time due to the fear that was building up in my body. At the time I was both excited, yet nervous of the potential embarrassment that I might showcase during the meeting.

Fast forward to the next day, and after hours of not being able to sleep, practicing my slurred speech, and trying to calm my hand’s involuntary shaking, I was right at the front door of the lab trailer and decided to knock with mild hesitation. After a second or so, I was greeted by this kind and amazing lady who I would soon realize to be a senior scientist in the lab. She would greet me and ask who I was, and in response, my lips would rumble, barely uttering my name. Recognizing my name, she told me that the lab was expecting me and showed me to the meeting.

There it was: A room full of postdocs, graduate students, a few undergrads, and of course, the faculty advisory himself, all sat around this huge oval table filled with laptops and data from their own respective projects. As I overheard each person talk about their own complex work, my brain would sink, doubting myself for a second, and questioning whether I deserve to be in this room in the first place.  I was afraid to make a fool of myself by uttering some information that would have conveyed my lack of expertise in their research, let alone physics itself.

As the meeting started, I was told to introduce myself. From this moment on, I will give a couple pieces of advice that come from my experience after introducing myself:

As I left the meeting, many of the stigmas that would make these researchers intimating had been torn down, and I would look forward to the next meeting that would come. They welcomed me with open arms, as I am sure will also happen to you in your first meeting. Like I said, not all labs are the same, But I hope this story will give you a positive outlook in your experience. you may be anxious at first, but at the end, know that it is all worth it. 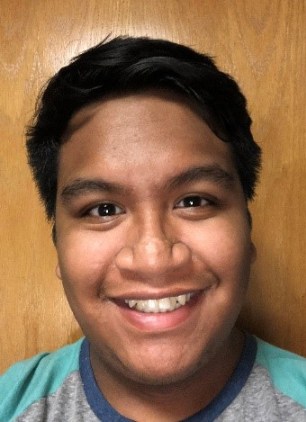 Euclid is a second-year physics major at UCSB. He loves discussing topics about cosmology and quantum physics and will love to talk about pop science fiction media anytime. He also loves playing basketball and talking about the NBA as well. Currently, he is doing research at the deepspace lab headed by Professor Philip Lubin.