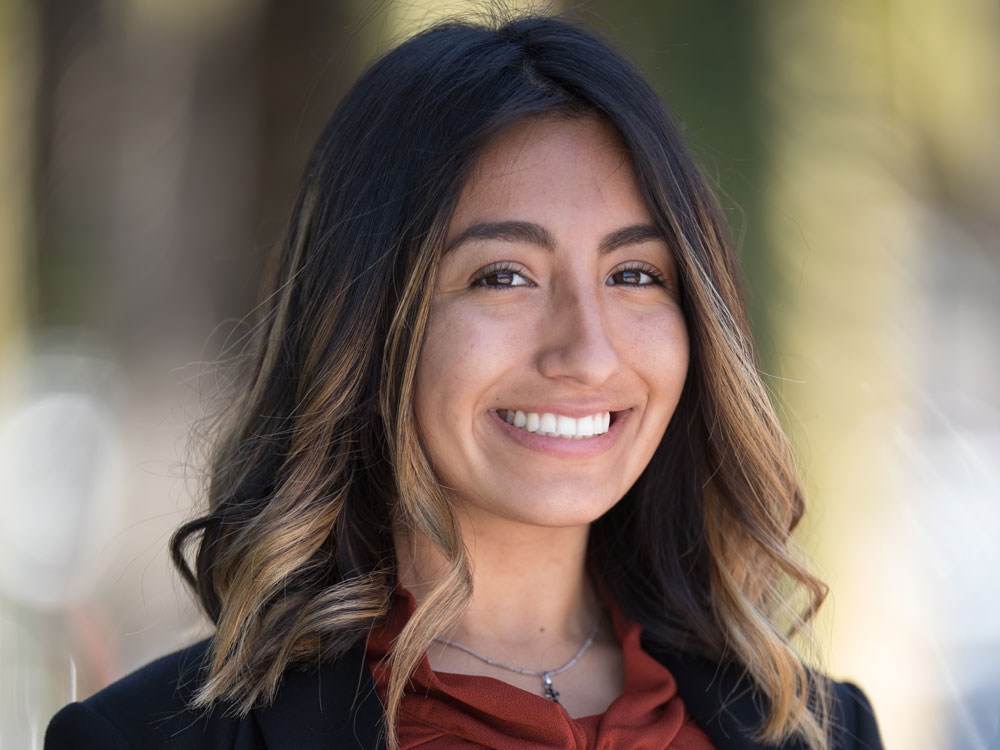 “It’s little things [in Political Science] that I want to change, and as more people of color come into academia we can change that”

Claudia Allegre refuses to get pushed to the side.

She knows the statistics, knows that only .3 percent of all political scientists are latinas. She knows her progressive voice can often be in stark contrast to a regimented, old-fashioned field.

Her friends often ask her why she doesn’t go into sociology–a field with much greater latinx representation. But Claudia refuses to be confined to that, to get pushed to other fields.

“There needs to be more women of color in political science,” Claudia said.” “When Political Scientists talk about latinx issues, they usually do so from an outsider’s perspective. We need to be able to use our own perspectives.”

In her life, Claudia has seen first-hand the importance of diversifying academia. When she came into college, Claudia didn’t have any idea what she wanted to do in the future. She knew she liked politics, but wasn’t quite sure what that would lend itself to. Then, in her first year, Claudia met Narayani Lasala-Blanco, her academic mentor.

“She was the first person of color I saw teaching here, and being able to relate to her on that level was what got me into research,” Claudia said. “When you’re a first generation college student and a person of color you never feel like you’re good enough or that you’re going to make it. She was the one who proved to me that I could do research.”

Since then, Claudia’s research has focused on the latinx community–topics that are important to her. Growing up in San Ysidro, a border town in south San Diego, Claudia was always fascinated by her family’s political participation; while her parents and grandparents were informed, her dad was the only one who actually voted.

“I never really understood why my mom didn’t vote, and I came into college knowing I wanted to research voter turnout,” Claudia said. “Latinx voter turnout has always been very low, and I wanted to look into the causes for this.”

“That was my favorite project so far, because I had control over everything,” she said. “I was able to come up with the hypothesis, find the data, and create the experimental design.”

Claudia has discovered her passion for research–a passion that has convinced her to go into academia in the future. Rather than just talk about the need to diversify academia, she wishes to be the change she hopes to see.

Change, of course, is often a long, tedious process. When Claudia tried to use the term “latinx” in her research–a more inclusive way to refer to latinos/latinas–she was told that that term “isn’t used” in political science.

“It’s little things like that that I want to change, and as more people of color come into academia we can change that,” she said.

Despite her setbacks, Claudia remains determined to become a political scientist, to bring diversity to a field that sorely lacks latinx representation. When she does, she hopes to prove to her students that they too can break the mold and become political scientists.

“I know that if I weren’t for my mentors then I wouldn’t be here,”Claudia said. “I want to show other students of color that they can make it, that they can get involved.”

Change doesn’t happen overnight. But with Claudia at the helm, change is coming.