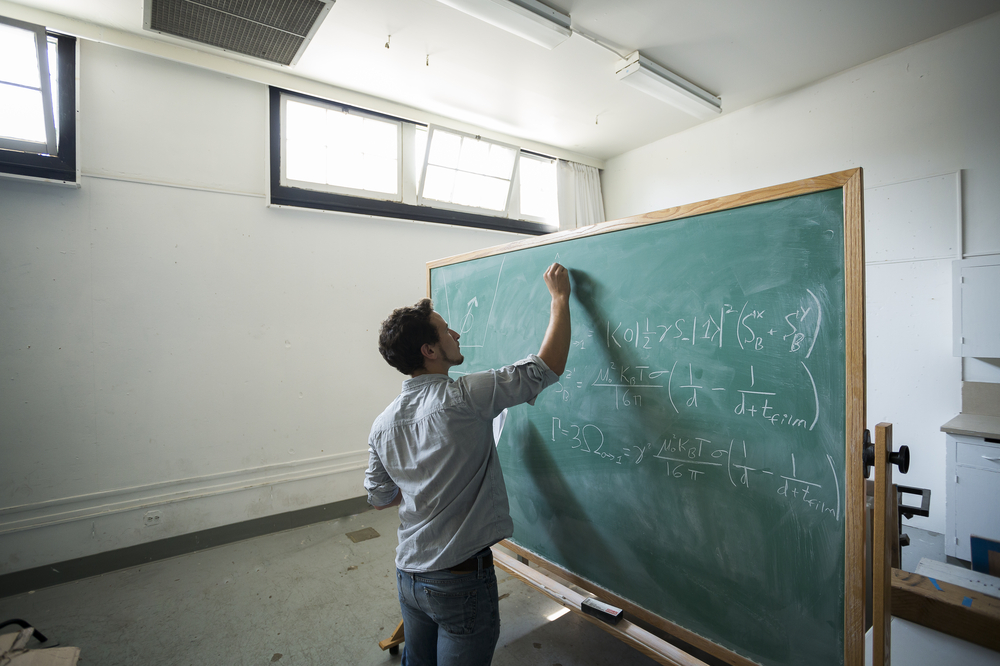 As a scientist, you think your work will be impactful in the larger community, but it’s difficult to judge until you actually hear from others.” 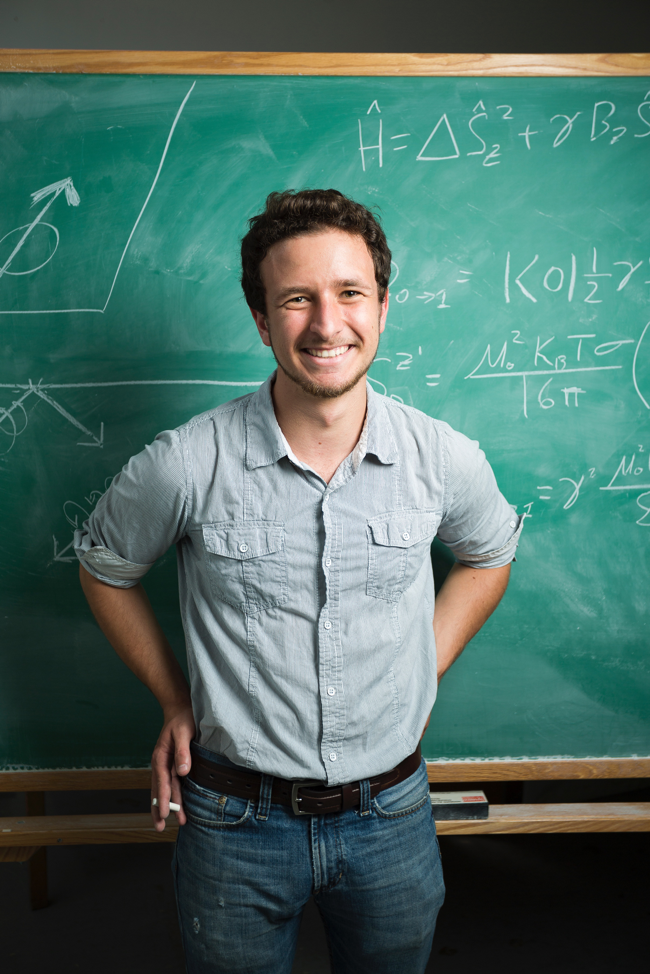 Dolev Bluvstein, just like many other young researchers, has struggled with self-doubt and imposter syndrome.

For the last three years, Dolev has worked in Professor Ania Jayich’s lab—a lab that investigates color centers in diamonds. These color centers are defects that give diamonds unique colors, and researchers can control these defects with quantum mechanics and use them as atomic-sized magnets.

When Dolev first started in the lab as a freshman, he worked with a Postdoc on using these defects as quantum sensors. But at the beginning of his junior year, the Postdoc decided to take a different job. Suddenly, Dolev had to fill his role and lead the project—at a time when they were between major projects and had no clear direction.

“I remember, when that happened, I was sitting on my friend’s roof, drinking a beer, and thinking I was super screwed,” Dolev said. “The stuff the postdoc did was way beyond my capacity, and I thought there was no way I could learn how to do what he did during the school year.”

When Dolev first came to Santa Barbara as a freshman, he joined Jayich’s lab, eager to see what research was all about.

At first, however, Dolev struggled with imposter syndrome when he was working in the lab.

“My first two weeks of summer freshman year, I was building a temperature control device for our experiment, and at first I was testing it on a cardboard box.” Dolev said. “Afterwards, I spent ten hours trying to connect a device to the internet.”

At the time, Dolev couldn’t judge the worth of the projects he was working on, and felt insecure.

But Dolev persevered through feelings of self-doubt, and as he knocked out technical project after technical project, Jayich started to trust Dolev, giving him more serious responsibilities. Soon, Dolev started doing simulations and building items for the main setup.

“Once I got my foot in the door, people started to take me more seriously,” Dolev said. “The biggest milestone for me was during summer my freshman year, when I presented some of my ideas at a symposium at UCSB.”

Sophomore year, Dolev built up his responsibilities even more; by the end of the year, Dolev was leading a small project on the main experiment. Dolev implemented a new measurement technique using different charge states of these diamond color centers, which greatly enhanced their sensing abilities.

“When I built the new measurement technique, I felt like I finally got my fingers in and became a scientist,” Dolev said.

Time and time again, Dolev proved he could hold his own in the experiment—overcoming bouts of self-doubt along the way.

But on that fateful night on his friend’s roof, when the Postdoc left, Dolev couldn’t see a clear path forward.

“I didn’t have the self-confidence at the time to lead the project by myself,” Dolev said. “The first week after the Postdoc left, the hard drive crashed on the computer, which was kind of symbolic that the ship was sinking.”

Dolev sent many late-night emails and worked with Jayich to come up with new directions to study. Of particular interest were strange behaviors they observed when they were using the different charge states for sensing. Dolev then spent one year investigating how the two different charge states in these defects behaved differently when the defect was near the surface—a complicated problem that people have never understood very well. Recently, Dolev’s work was published in Physical Review Letters.

“It was definitely a cool moment to see it published in the journal, but the even cooler part was talking to scientists at conferences who told me that my research would impact their work,” Dolev said. “As a scientist, you think your work will be impactful in the larger community, but it’s difficult to judge until you actually hear from others.”

Recently, Dolev received the Hertz Fellowship—a prestigious fellowship given to the nation’s most promising scientists. Dolev credits Jayich for a majority of his successes.

“Ania always had me face challenges that were just beyond what I thought I could accomplish, and gave me the resources to do so,” Dolev said. “Even when I couldn’t see a path forward and felt alone, Ania was in the background, guiding me in the right direction and engineering opportunities for me to grow.”

In the fall, Dolev will start his PhD at Harvard, where he plans to be for the next five or six years. After struggling with imposter syndrome his freshman year, Dolev has decided he wants to do research for the rest of his life.

“My advice to undergrads in research is to take every task that is given to you seriously–no matter how trivial it seems.” Dolev said. “Nobody will give you important tasks if you don’t show your worth on smaller tasks. The most important attributes in research are reliability, the ability to manage projects, and the ability to persevere through failure.”