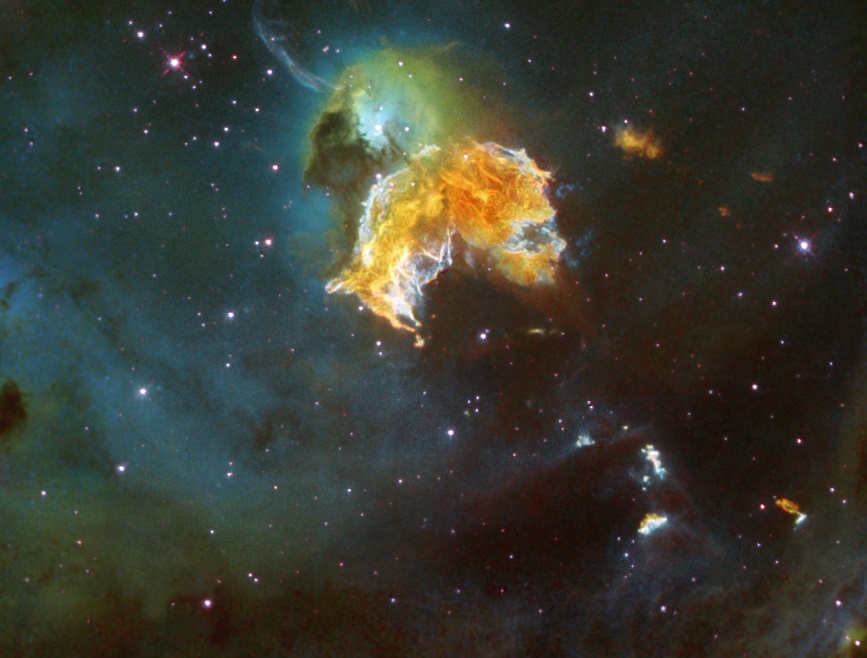 The Robot Revolution – Astronomy and Computers

For thousands of years humans have stared at the night sky, naming constellations, telling stories, and making observations about the light of distant stars. Yet, for the majority of that time, astronomers were reliant on what they could glean with their unaided eye. Without a telescope, only about 6,000 stars can be seen from Earth, and from one spot you could only see about a third of those (Bryson).  This is a small fraction of the 1×1024 stars that are estimated to exist. Since the invention of the telescope in the early 1600s, technological advances have gone hand-in-hand with observational astronomy, paving the way for astronomers to look further and create a clearer picture of our universe.

Before this summer, I had thought that observational astronomy consisted of a lone astronomer, or perhaps a team, travelling to be on site with a telescope and staying up all night to adjust the telescopes position and do their observations. Not too long ago, this wasn’t far from the truth. I’d seen images from the Hubble Space Telescope and some other photographs made by professionals and amateurs alike, yet I had no sense of the magnitude of technological advances that had been made in the field.

This summer I began work with the Supernova Group at Las Cumbres Observatory. Amazingly, Las Cumbres Observatory doesn’t actually do any observing on-site. Instead, they manage robotic telescopes around the world that don’t even require a scientist on-site to operate them. This came as a complete shock to me. As far as my role in all of this, I’m not sure quite what I expected, but it certainly wasn’t 8+ hours a day in front of a computer. For interested readers, my daily work schedule looks something like this:

Exciting right? The first few days were grueling and frustrating. I had limited experience with programming and working at a computer all day was a big shift from attending classes and doing homework. Yet, the experience has grown on me. It is amazing how much we humans are capable of with a computer at hand.

My current job at the observatory is to create simulations for the new Large Synoptic Survey Telescope (LSST). The LSST will be one of the biggest telescopes in the world, with an aperture of 8.2 meters. (For some suggested names of future large telescopes see https://xkcd.com/1294/) In addition, LSST is completely automated, with preprogrammed directions of where to look during its 10 year survey. The telescope will take in 30 terabytes of data nightly (Lerner). In comparison, the entire NASA data set from 1955 to 2000 consisted of only 1 terabyte. There are not enough scientists in the world to sort through all this data manually (and I’m certainly glad they didn’t just decide to leave this job to the interns).

My goal is to take a known supernovae and pretend that if it were at a certain point in the sky on a certain day of the LSST’s survey. Then, try to answer the question of whether we would be able to find it again. The process of getting this code up and running has been an ordeal during which I’ve learned a lot about programming along with the science behind supernovae and the LSST. In the end I would like to be able to run 100,000 simulations for each kind of supernovae, totaling to nearly a million. Even my computer gets a bit tired out after that kind of task!

Supernova are notoriously difficult to spot, lasting only a short time, and nearly impossible to spot with the naked eye. In 1980, only one or two supernovae were discovered each year. With the advent of advanced telescopes and digital photography to record more than the human eye, this number increased to nearly 200 by 2000. As of 2012, astronomers are finding over 1000 supernovae per year (O’Brien).

Thankfully, with the billions of stars there are out there, astronomers are no strangers to big data. In fact, big data and astronomy have been going steady for a while now. However, we’re still looking for ways to improve how we can store and analyze this excess of data. Sometimes, new technology leads to great improvements in astronomy, and sometimes astronomy must push the advancement of technology.