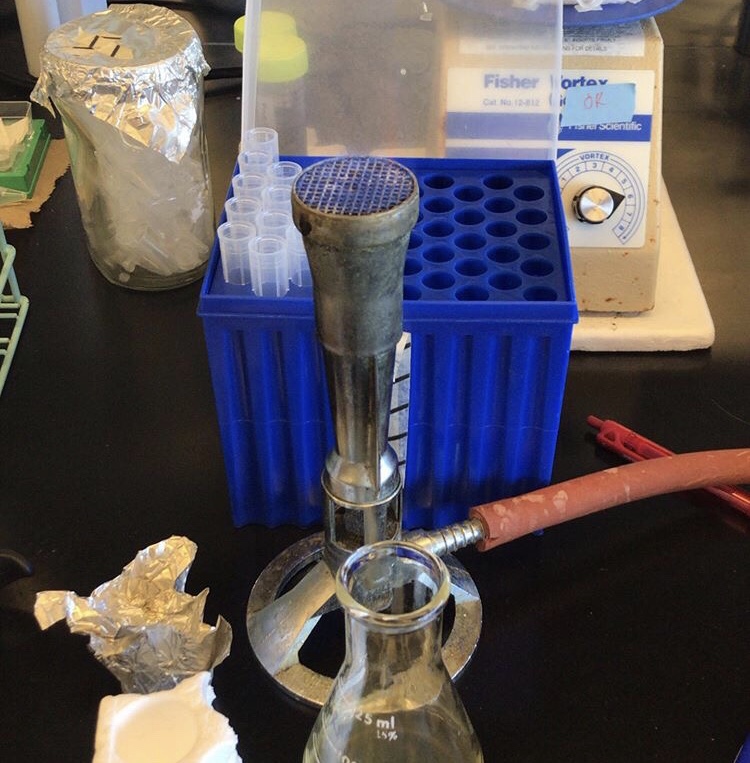 A Lesson Left on the Back Burner

“Don’t get frustrated if you can’t follow my movements,” my mentor says for what seems like the 25th time today, “with practice, you will pick up techniques as well as develop your own.”

I watch him maneuver his hand around a capped test tube, removing the metal lid with his first finger and sterilizing the opening with his second finger curled around the body of the tube before carefully removing however many microliters we need to continue the experiment, then placing the lid back on the test tube. Just a few swift, effective movements.

“Okay,” he says while passing the pipette to me, “your turn.”

I should add that by “sterilizing,” I mean passing the opening of the test tube under the blue flame of a Bunsen burner. All of that without burning himself in less than 30 seconds. How could I possibly follow?

Regardless of the “how,” I know I have to figure it out. I take the pipette with a deep breath. Exhale. He chuckles and says, “take your time, Diego,” inciting a laugh of my own. But I listen to him, and take my time.

With shaky hands, I try to mimic his movements. With shaky hands, I fail to do so. He shows me another way to sterilize the tube and ensure that it doesn’t become contaminated. I keep trying to mimic the movement, and each time I have to use the alternate route, it feels like failure. Day one and the feeling is already there.

Practice. I remember the perfectionist.

Then I process the last thing he said. Belief. In my abilities.

I’ve known Carlos for about two months now. When I was searching for a lab to work in for the summer, I immediately emailed Professor Diego Acosta-Alvear. The summer before my first year, I spent a lot of my free time sifting through pages of research opportunities and research labs. I found information about the MARC U*STAR program and worked towards it during my first two years. I read about Diego’s lab as a first year and was immediately intrigued by his work. It only made sense that, after receiving a position as a MARC scholar, I went straight to Diego. The first week, I was thrust into the world of RNAs and cell stress responses as he explained his work to me. The second week, I was introduced to the lab.

“Talk to people and figure out what you like best. Remember, this is your summer. Take advantage of your newfound resource,” advised Diego.

As I went around the lab and learned about everybody’s project, one person stood out to me. Carlos. Everybody in the lab had their unique strengths, and Carlos was no exception. He introduced his work to me and I immediately recognized its importance. It was in both the way he delivered his idea, and the way he involved the bigger picture. As I watched him in lab, I realized how much I enjoyed the way he taught others. I witnessed his kindness towards his lab mates and his genuine care about their wellbeing. After a couple of weeks, I asked him if I could join his research team and I started working with him during the last three weeks of spring quarter, mostly shadowing and occasionally doing the work myself.

It has been three weeks of the MARC program, hours of research have given me countless opportunities to practice what I call “THE trick” on the Bunsen burner, as well as many other techniques. I’m no professional, but lately, I’ve been thinking about my growth and feeling proud of my abilities.

Carlos asks me, “how do you feel in the lab?” I confidently respond, “Really good, actually. I love the work, the people, the failure and the success.”

The perfectionist is still there, but it’s a lot quieter now. It’s easy to forget that you are a student and that you are still learning. Don’t let forgetting that become your fallout. It’s an important lesson. Now, when I feel like a failure, I just remember the words of my mentor: “Take your time. Practice. You can do it.” 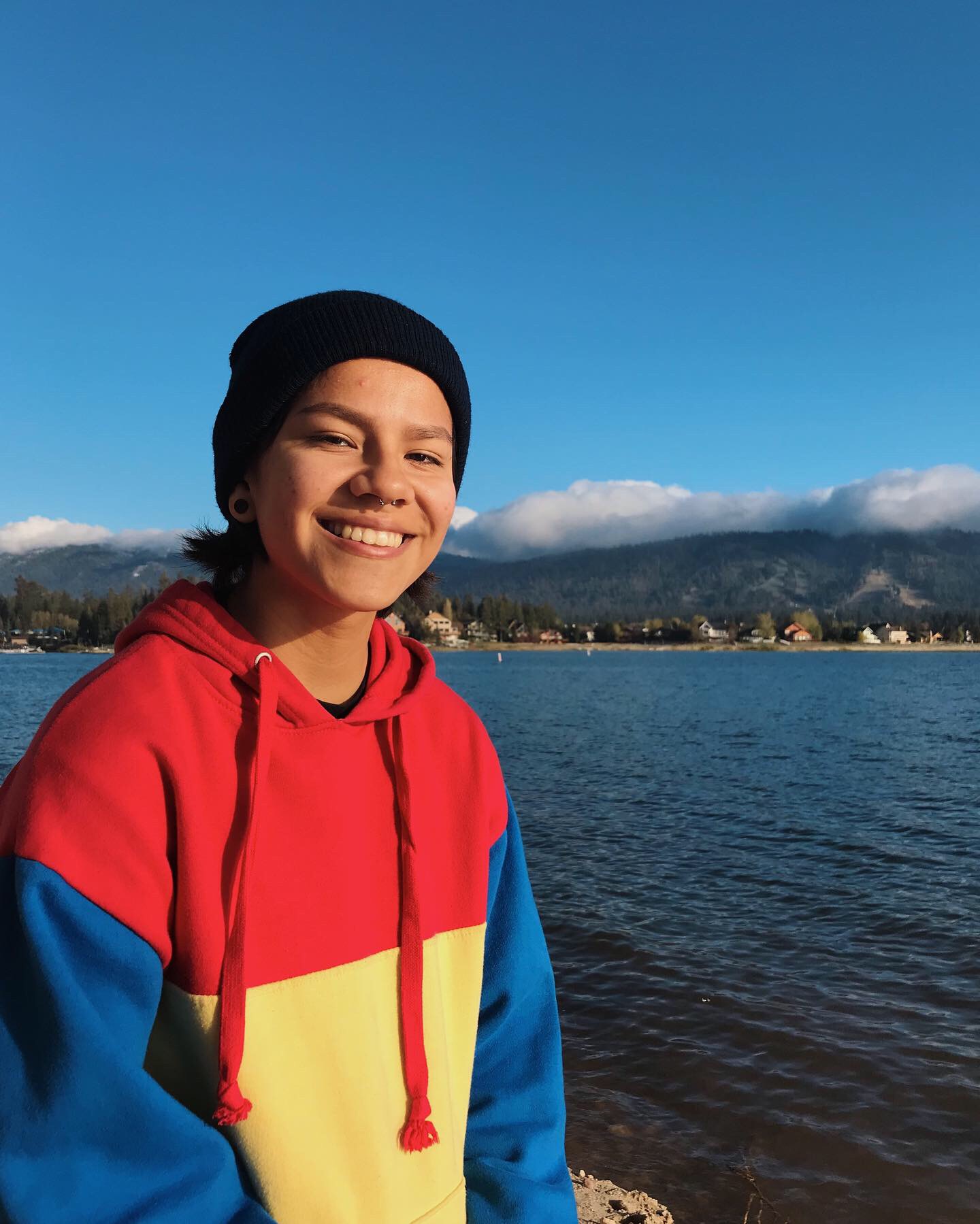 Diego Reyes is a second year in CCS Biology. They enjoying writing short stories and poetry, community-based healing with TLGB+ people of color and experiencing new music. They have been working on cellular stress responses to harmful RNAs in Diego Acosta-Alvear's lab in MCDB. They are working hard to determine the genes involved with protecting cells from harmful RNAs.