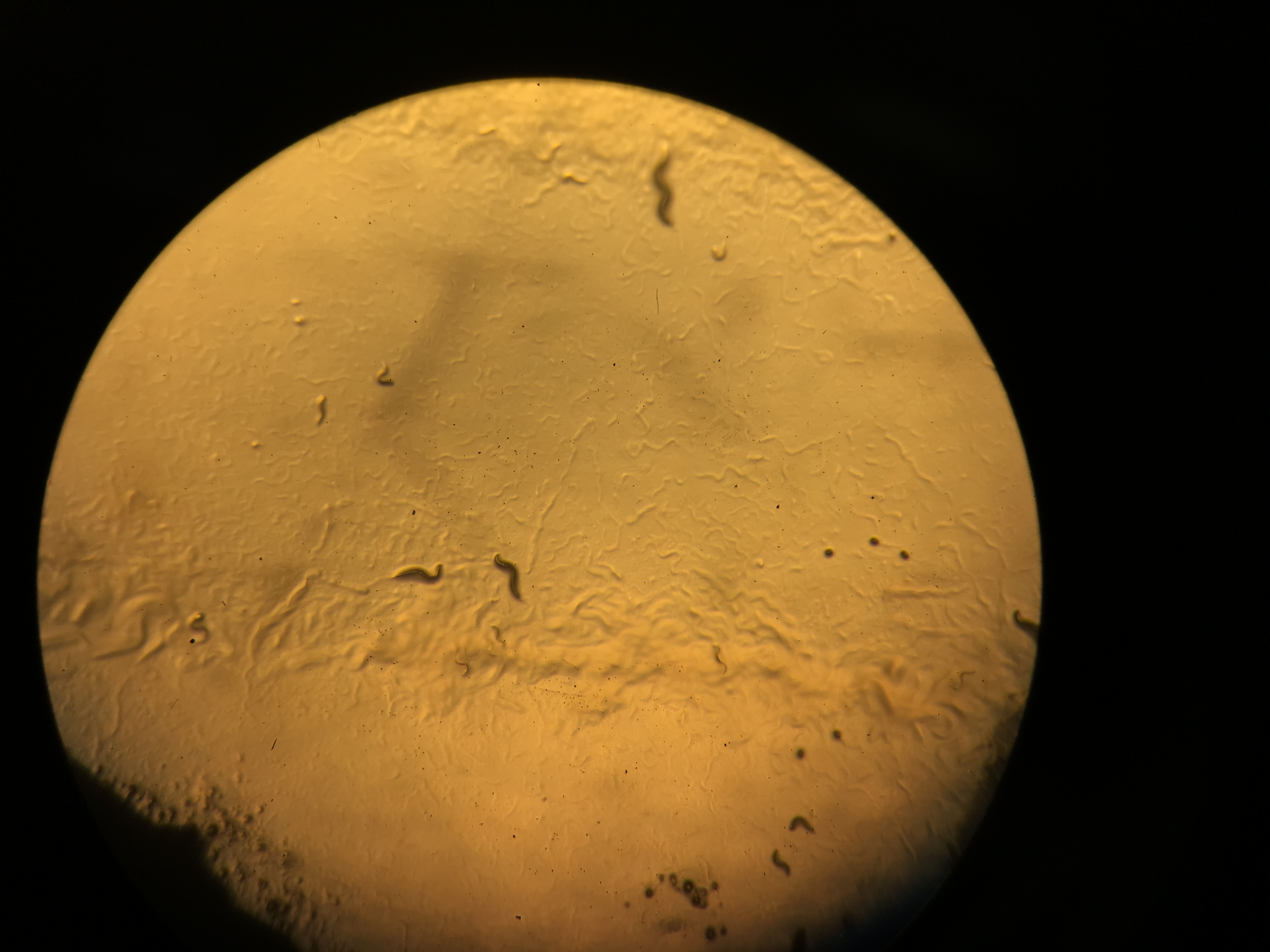 The Secret Life of Worms

I never knew that worms could be so intricate. You’d think that a worm would be so simple, just eating until its life is complete but surely I have been very surprised by how much there is to know about them. I never thought I would be so fond of something so small. When I see a whole bunch of little squiggly lines on a plate, I know that my worms are at the peak of their growth. You see, the plate is where the worms live and lines of bacteria drawn on the plate are their food source. When they run out of food, they lay all of their eggs. They instinctively do this in order to keep their species going-perfect example of survival of the fittest.

They are stubborn little animals I might add. I’m currently trying to perfect the technique of synchronization. Synchronization is the process of treating a set of worms with bleach and sodiumhydroxide. Bleach dissolves every stage of worm except for the embryos (as long as the embryos aren’t left in bleach for too long). The purpose of this is to obtain a synchronized population of worms, each worm being in the exact same developmental stage as those around it. However, despite treating the worms with bleach for long enough time periods for them to dissolve, I still find quite a few worms that have survived this.

On a good day, if I focus hard enough, I can see the slight movement of the worms with my naked eye. All the other days I spend my time looking at them through a microscope. Although completing my research project this summer is a great priority for me, my greatest goal is to see an embryo develop into a small, active worm. I haven’t been able to witness this yet. If I might be quite honest, this might be a larger task than I anticipated. This would require me to stare at a specific embryo for about ten hours and have a little bit of luck. 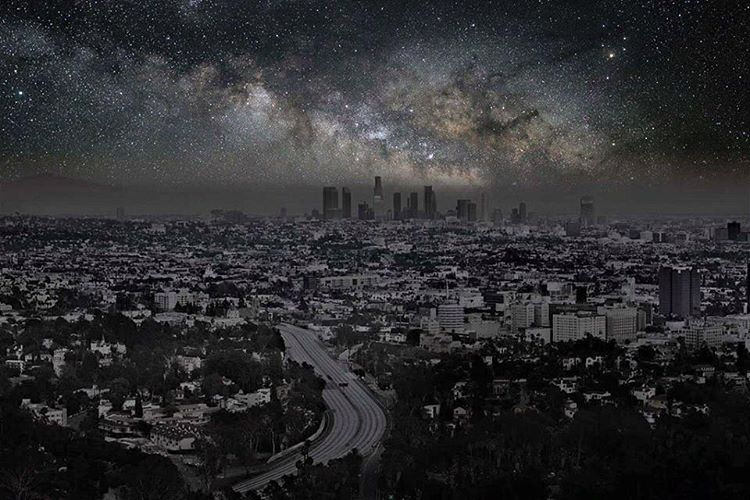 I once heard a story about a blackout that occurred in the 1990’s in Los Angeles. When the residents of Los Angeles looked up at the sky they were shaken by what they saw. With fear in their minds, many called their local police department to report the extraterrestrial attack that was occurring. In reality however, they were just looking at the Milky Way Galaxy for the first time. The extensive light pollution that surrounds Los Angeles obstructs the LA residents from experiencing this wondrous world. A blackout of this magnitude hasn’t occurred since so my father and I have been constrained to looking at the universe through books. We spent many hours throughout my childhood reading astronomy books and discussing them with each other, hoping that one day I would make a discovery. My dreams of discovery weren’t limited to the stars however. When I wasn’t with my dad, I spent most of my time outside in my backyard trying to discover. My main targets for research were roly polies. I spent hours searching for them in the grass and dirt and many more trying to create a suitable habitat for them in sandwich bags. I made many habitats for them in the bags, filling them with different combinations of dirt, grass, water, leaves, branches, and other natural objects that I found in my backyard. Each time a combination didn’t work, I spent time considering what might be wrong and would proceed to formulate a new combination, but every attempt resulted in a failure. What I didn’t know was that I was suffocating them, each time closing the bag to keep all its contents in. When my father finally told me why my roly polies weren’t surviving I wasn’t deterred but instead more motivated. This motivation never faded and when I met my mentor, Professor Joel Rothman, and was told about his new project: researching the effects long term space travel has on living organisms, I thought back to the days I spent with my father talking about space and the time I spent with my roly polies. Professor Rothman spoke with the same passion that my father and I once did and I was ecstatic when I was able to join his lab.

My first few days were filled with counting worms and trying to learn everything about them. It was the first week of summer so the lab was basically empty and I resorted to listening to audiobooks to help the days pass. It didn’t feel like I was doing much but it’s important to note that everything, no matter how simple it may seem, is important when it comes to research. What seemed like just counting and learning through simple experiments wasn’t that, it was important research that was teaching me about worm interactions. The most applicable discovery I made however was that cough drops make hiccups go away. This was able to be tested many times thanks to my body’s great need to randomly hiccup.