Hotter Than an L.A. Summer

For all my L.A. people, whether you represent San Fernando Valley or downtown, know exactly what that title means. How can anything be hotter than waking up to your pillow drenched with your sweat? Step into the Four Eyes Lab at the University of California, Santa Barbara and see for yourself. Seeing as this lab is full of computer scientists, the heat I refer to exists on a computer monitor, not physically. “Markus, you do realize that the fire isn’t real so how is it hotter than an L.A. summer? Worse thing that happens is that the computer overheats!” First of all, my computer only overheats when I play my music (now that’s hot). Secondly, it was a joke attempting to explain my research, but I quickly gave up on it. Comic relief aside, the fire reference will make sense as I explain the research I have conducted.

This past summer, I had the honor of being able to conduct research at UCSB as a UC LEADS Scholar. I would like to give special thanks to Professor Tobias Höllerer and Professor Matthew Turk for allowing me into their lab. In this lab, I am applying Augmented Reality (AR) in a wildfire scenario to help firefighters maximize their training efficiency.

“Markus….what is augmented reality and how are you applying it?” I was just getting to that person who asks too many questions! Simply put, augmented reality allows human interaction of virtual objects in a real-time environment. Figure 1 illustrates a visual as to the power that augmented reality gives the user. This differs from virtual reality in the fact that virtual reality isolates you from the real world. Having that basic definition, it is appropriate to direct our attention to the problem at hand.

Firefighters are out in forests battling wildfires and it is crucial that they are safe while doing so. Part of ensuring their safety requires having top-notch training. As with most things in life, improvements can always be made and that is where we pose the following question: can using augmented reality maximize training efficiency for firefighters battling wildfires?

With that question laid out, the foundation for the research I am helping on has been made. Using Unity3D (software used primarily for making games), a wildfire scene with a burning fire was constructed. Upon my joining of this research, my task was to implement several things to make the scenario more realistic. Spreading the fire was the first task at hand as fires spread very quickly in the wild (hence the term wildfires). While the fire is spreading, a helicopter had to be implemented into the scene carrying some type of fluid to put out the fire. Prior to all of the implementation, I took the time to educate myself on wildfires as well as firefighter procedures for battling them. This was to provide a realistic simulation to mirror the actual situation as possible for training purposes. Figure 2 is one of the many references I utilized while developing a helicopter mimicking real-life functionality. 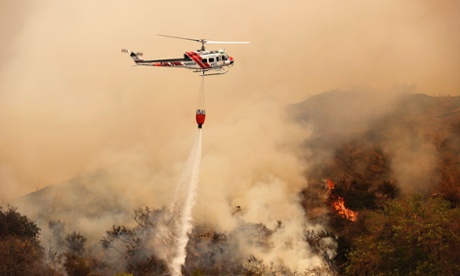 Figure 2. Helicopter reference I utilized while simulating the helicopter.

All of the C# coding was handled in MonoDevelop, Unity3D’s built-in coding environment. “You made a wildfire and a helicopter, cool for you. How does doing that see if augmented reality would be a good alternative to current firefighter training?” With all these questions, have you considered being a researcher?

By conducting user studies, we can contrast times in the following manner: typical firefigther training or training done in a full-surround environment utilizing augmented reality. The Four Eyes Lab “AlloSphere” immerses the user in this full-surround environment. Going back to the definition of AR, by being in this wildfire world, we can mirror the actual event. Comparing the two will tell us if augmented reality is beneficial for firefighters.

A bear by the name of Smokey once said, “only you can provide wildfires.” Well, Smokey, in case we let you down, we hope that augmented reality can help stop wildfires more efficiently.