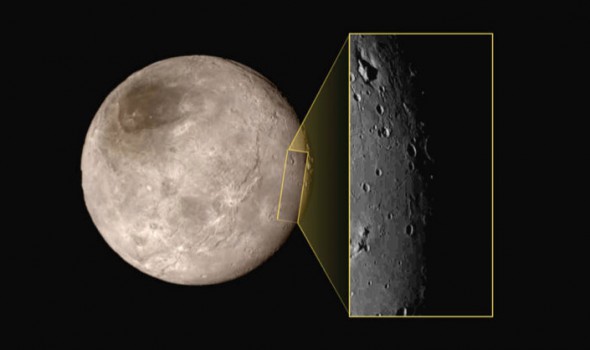 Going With the Flow at UCSB

I, like most people, have a very difficult time remembering names; however people tend to remember mine. Maybe it is the association with the delicious soft cookies known as Fig Newtons or maybe it is the association with my field of study, Geophysics. I am often asked if I chose my field because of the fact that I was named after Isaac Newton and the unit for force but the answer is a not very profound “maybe?”. I chose Geophysics because I believe it is beautiful how we can model what we observe on Earth and other planetary bodies with the equations of physics. I am saying this while religiously stalking the New Horizons Pluto Mission.

Coming to UCSB, I traded the fog of the bay area for the sunshine of Santa Barbra. The first things I noticed were that everyone wears flip-flops, everyone bikes and skateboards, and everyone skateboards and bikes wearing flip-flops. Although it is my fourth week at UCSB, I still laugh to myself when I walk into my office and smell the ocean.

At UCSB, I work under Professor Frederic Gibou in the Computational Applied Sciences Lab (CASL) creating and analyzing algorithms for nonlinear dynamical problems. In other words, I am writing code in C++ to efficiently compute the calculation of problems that change in both space and time. This applies to the crystallization of multicomponent alloys for use in the aerospace industry and image processing algorithms for use in some futuristic medical surgeries. My favorite application is its use in the field of Computational Fluid Dynamics. This is the study of the way fluids behave and how one can simulate it on computers.

Newton, why do we care about the way water moves? Isn’t that what plumbers are for?

I’m glad you asked! When we picture a fluid, we think of water and the contents of our glasses we drink with a big group of complete strangers at the end of a long week; however, the definition of a fluid is more general than that. Fluids take up whatever shape they are contained in. An example of this would be gases such as air. 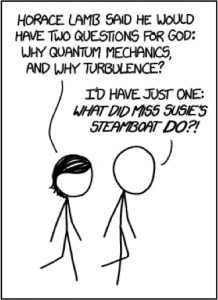 Fluids also exhibit this behavior called turbulence. If you want to make a million dollars, get a Fields Medal in Mathematics, and get automatic tenure at a university of your choosing, you can create a statistical model for the behavior of turbulence. It is a Millennium Math Problem. Turbulence is why the emergency seatbelt sign turns on  mid-flight when you are waiting in line to go to the bathroom or heaven forbid, already in the bathroom. Turbulence is chaos, and I mean this in both the context of being stuck in an airplane bathroom and math. It is one of the great unsolved problems in physics.

That’s so interesting Newton, but what does this have to do with Geophysics? 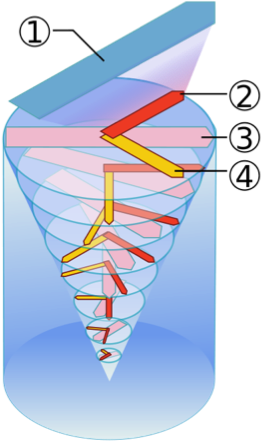