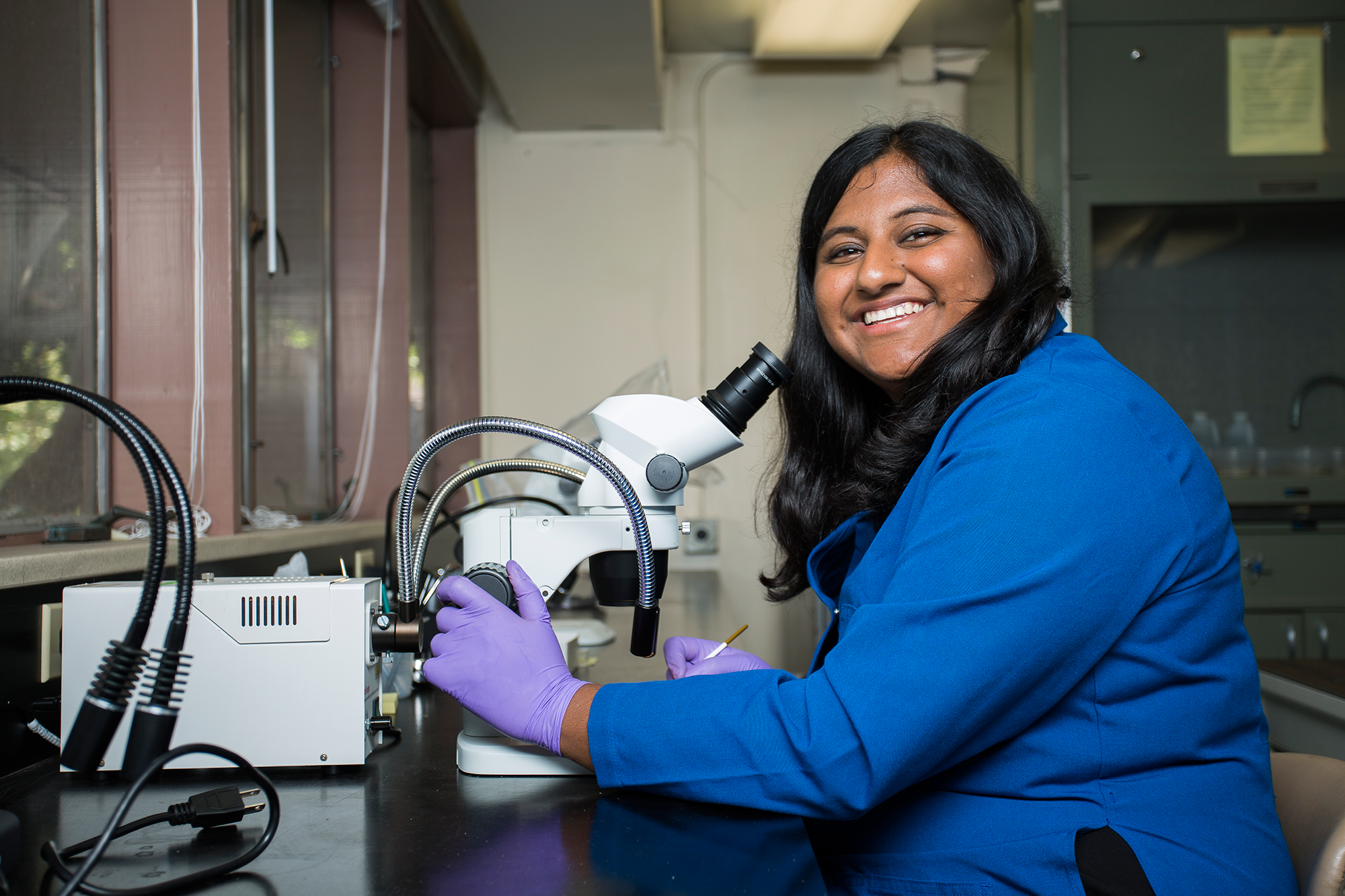 Sharks are very misunderstood, and being able to work towards conservation efforts definitely keeps me motivated.” 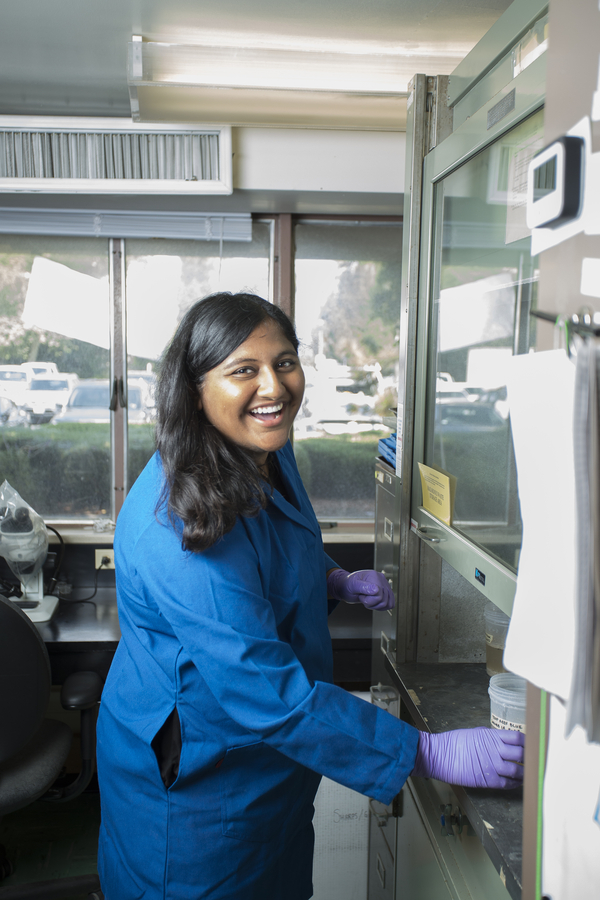 The first thing you notice about Anshika Bagla is her hydro flask.

On UCSB’s campus, hydro flasks are ubiquitous, with students typically adorning their bottles with stickers of all sorts.

But Anshika may have the most unique hydro flask sticker on campus. Near the top of her bottle, the sticker features an image of a hand-drawn shark, with the words “Crazy Shark Lady” written in large font.

“I don’t think I can pinpoint why I love sharks–they’re just awesome,” Anshika said.

Anshika has been surrounded by marine biology her entire life. Growing up in Cerritos, Anshika spent a majority of her time at the library–which featured a full floor-to-ceiling aquarium.

“That was my first experience around marine life, and I thought the fish were really cool,” she said.

Beginning in eighth grade, Anshika became a regular volunteer at the Aquarium of the Pacific–a local aquarium which also happens to be one of the largest aquariums in California. For five years, Anshika was perpetually surrounded by her favorite marine animals.

So when Anshika came to college at UCSB, there was little doubt she wanted to study marine biology. In her free time, Anshika worked at the REEF on campus as a shark aquarist. The more she worked with the sharks in the reef, the more she fell in love with the species.

Starting last January, Anshika has translated that love into action, playing an active role in shark conservation efforts through her research with the McCauley lab. The lab uses dermal denticles that shed off of shark’s bodies and are preserved in sediment in order to determine which sharks used to live in an area. Once the research team figures out which sharks lived in the area, they can use that data to figure out why and how the community transformed.

In particular, Anshika’s job is to determine the shedding rates of sharks in order to get a rough estimate of the number of sharks in an area at a given time. Once that data is ascertained, the team can use data such as fishing statistics to eradicate issues that plague shark populations.

“What we do is put out trays full of sand at The Aquarium of the Pacific, and catch the sharks’ denticles,” Anshika said. “We then have to pick through all of the samples, which is a very intensive process because we have to use a microscope to look at every grain of sand. No one has studied shedding rates, so my goal is to get a rough estimate rather than something super specific.”

Even for a self-described crazy shark lady, however, the research can be exhausting. Anshika spends ten hours a week under a microscope to look at the sand grains–something that can feel mundane after the first few hours. Still, Anshika is driven by the implications behind her work.

“Sharks are very misunderstood, and being able to work towards conservation efforts definitely keeps me motivated,” Anshika said.

Through it all, Anshika’s love for sea life, and especially sharks, has evolved from her early days of volunteering at her local aquarium.

“I used to just spout facts about animals as a kid, but now I’ve learned to think much more critically about sea life,” Anshika said. “For example, I never would have thought [my research] could be used as a way to help sharks, because it seems so obscure.”

And yet, Anshika has done just that, sacrificing her free time to try to save sharks across the world. Just before the end of my interview with Anshika, she makes her stance on sharks abundantly clear.

Brandon Victor works as the Research Development Assistant in the Office of Research. He is majoring in Communication and Statistics, and is also the sports editor for the Daily Nexus.